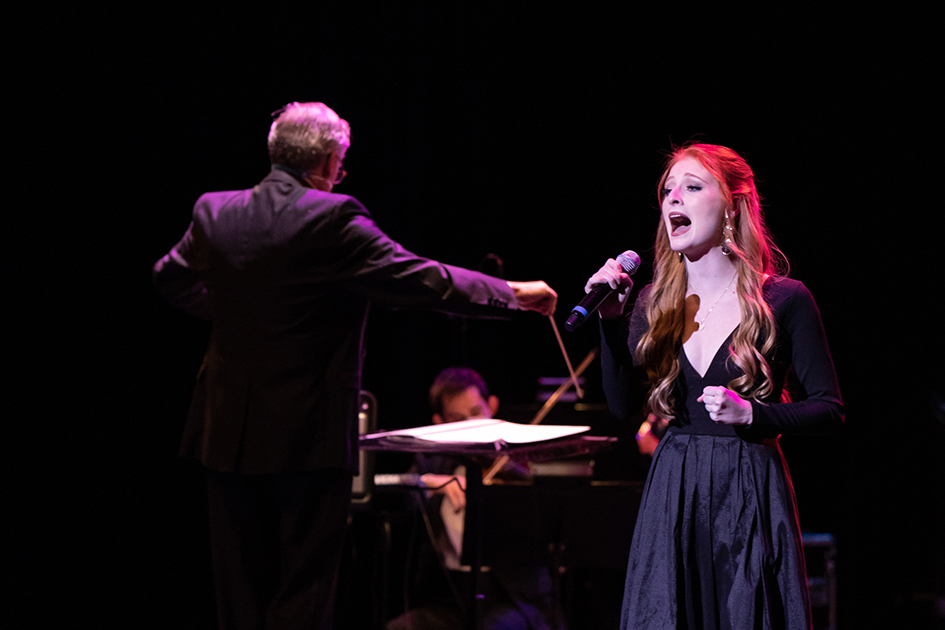 Miller, a student at Northeastern State University performed “I Cain’t Say No” from the Rodgers and Hammerstein musical “Oklahoma!” The Fort Gibson high school graduate was selected by a panel of judges from seven finalists including six soloists and a trio. As the grand prize winner, Miller will be featured in the Signature Symphony streaming concert “Christmas in Tulsa,” available for viewing on Dec. 13, 2020.

Ross, a Tulsa doctor with classical training in violin and vocal performance, wowed the audience with his own arrangement of the Rodgers and Hammerstein classic, “Oh, What a Beautiful Mornin’”, while playing the guitar. As the Tulsa Sings! audience favorite, he will participate in a future Signature Symphony concert.

The third annual event, normally held in the spring, was rescheduled due to COVID-19 and was live streamed on October 30 from the VanTrease Performing Arts Center for Education at TCC without an in-person audience. Instead, attendees purchased a virtual subscription to watch the Tulsa Sings! finalists perform on stage with the Signature Symphony orchestra.

Scott Coulter, a New York City based vocalist and concert performer, is one of the creators of Tulsa Sings! and instrumental in selecting and mentoring the finalists each year.

“It is always an honor to be part of Tulsa Sings! but this year was an extra special privilege,” said Coulter. “The Signature Symphony team crafted a digital/technological miracle of a concert proving a thrilling and socially-distant evening. Live-streamed events are hard to create under the best of circumstances, so to have risen to the challenge during this unprecedented time is truly remarkable. The people of Tulsa are lucky to have Signature Symphony serving their community.”

The 2020-2021 Signature Symphony season is sponsored by TTCU Federal Credit Union. See the schedule of virtual concerts and events or how to purchase a streaming subscription starting at $10.

Signature Symphony is supported in part by the Oklahoma Arts Council, which receives support from the State of Oklahoma and the National Endowment for the Arts.